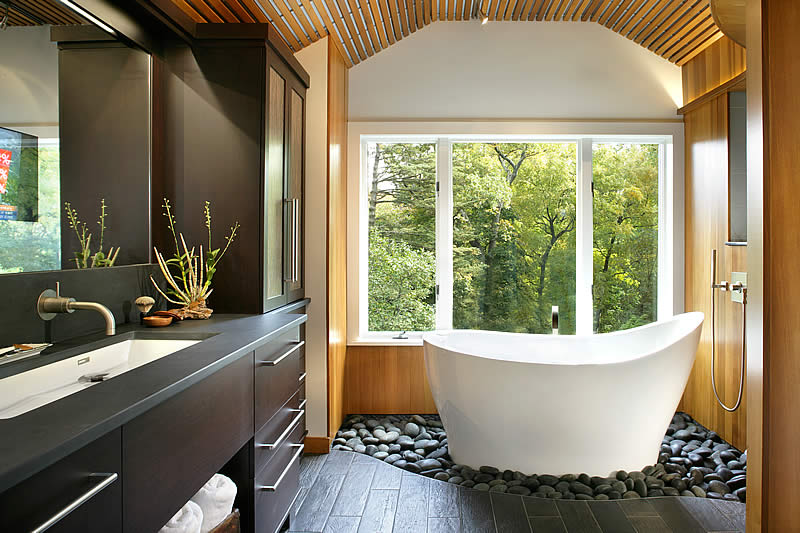 In 2010, the American interior design company Ulrich Inc. won a commission to design a large bathroom for a luxury private residence in New Jersey. The lead designer on the project was Holly Rickert, who proposed a scheme that made striking use of stone, wood and other natural materials.

For the centrepiece of her design, she chose the Pleasance Plus from Cabuchon Bathforms, a free standing bath that offered the requisite combination of aesthetics, function and comfort. Since the bath would be hand-built, she was also able to request a degree of customisation, including the deliberate omission of an overflow. The scheme proved to be a great success and it went on to win three separate award categories in the 2011 National Kitchen & Bath Association Design Competition – including Best Bathroom, Best Large Bathroom and the People’s Pick award.

“I’m very proud of the design, which places the Pleasance Plus in front of the window, among river rocks, with a beautiful view of the treetops. We chose to have Cabuchon build it with no overflow so the tub can overflow freely into the pan in which the rocks sit. We chose the Pleasance Plus because of its graceful sculpture and extra depth for soaking.” 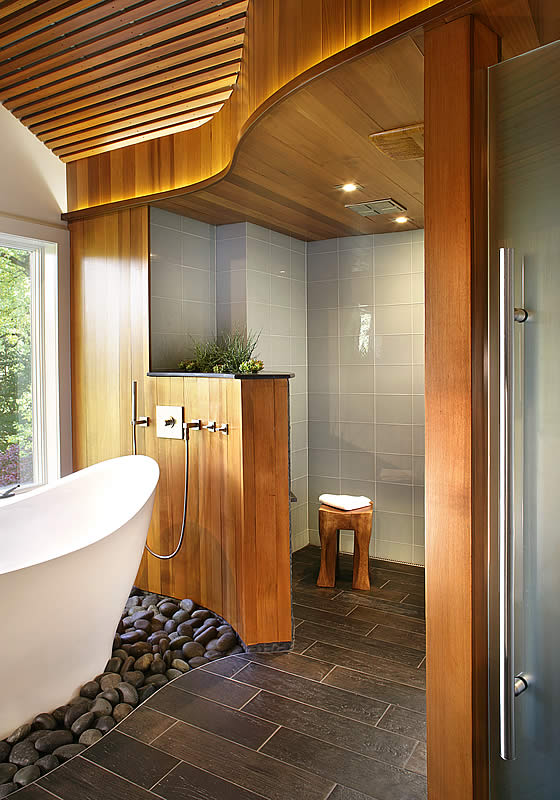 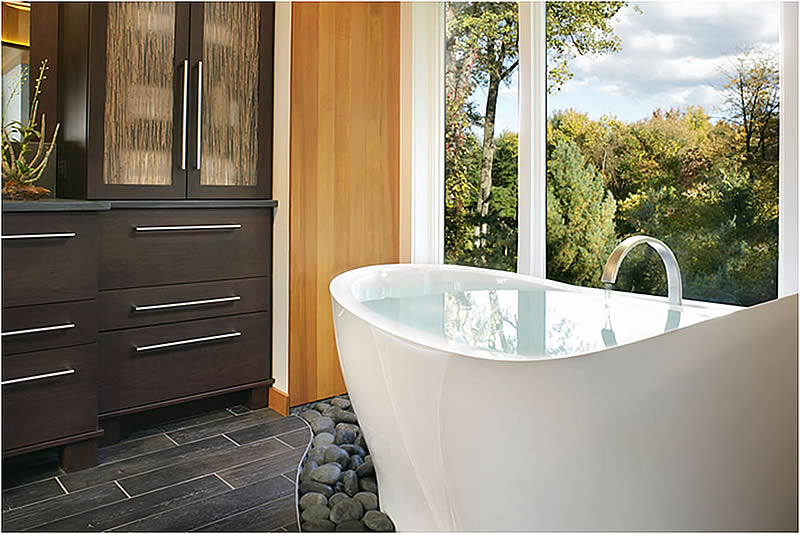