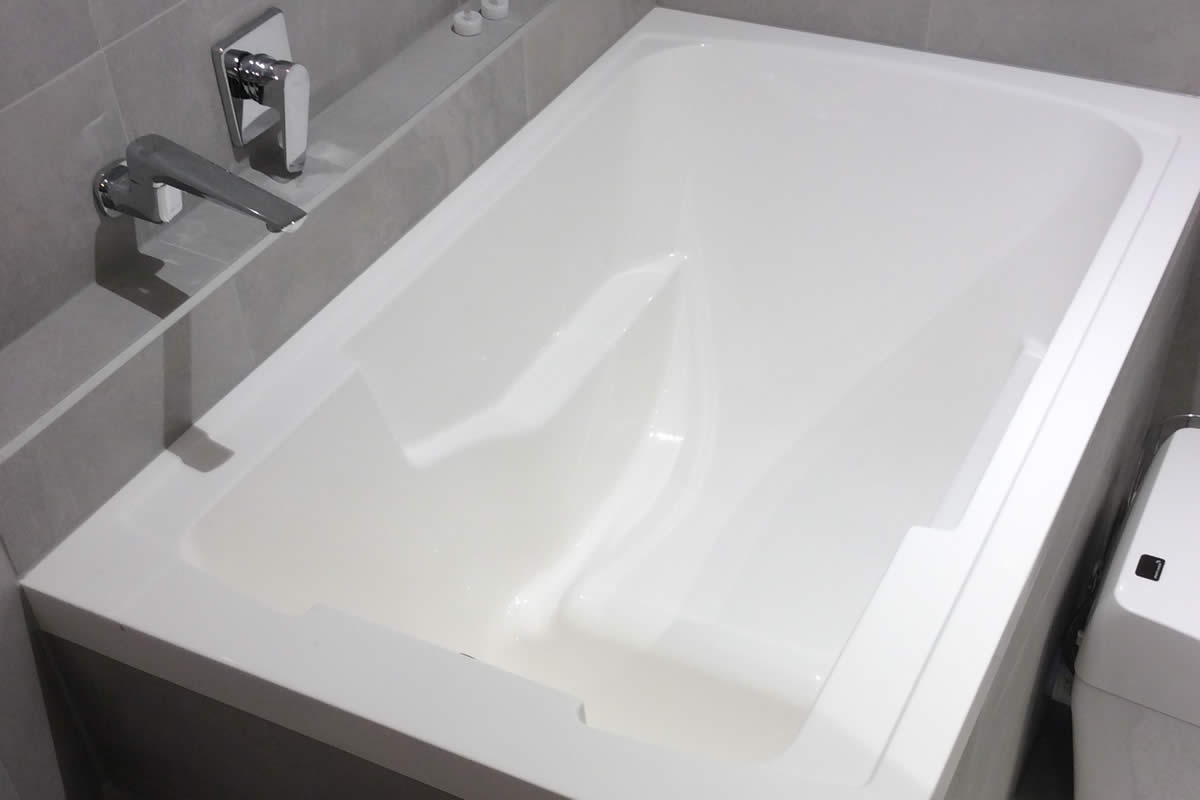 In 2018, Ms HB decided to renovate her bathroom in her home in Auckland, New Zealand. It was a relatively small en-suite bathroom and she recognised that by choosing a smaller bath, she would be able to create a better sense of space, and to make better use of the room itself.

A deep soaking tub was a logical choice for the bathroom and Ms B researched various options online before deciding upon the Nirvana. The ofuro-inspired design would fit well in the room and the rectangular design meant that it would maximize the internal bathing space.

She initially expressed doubts as to whether she would genuinely be able to soak up to the neck and shoulders in the Nirvana, but staff reassured her that she would; indeed clients of up to 6’7″ had previously purchased the bath and found that it worked extremely well. Key to its design is the sculpted seat, which allows users to slide up or down to determine the relative depth of water – up for washing, down for soaking – just by bending the knees.

Attracted by the idea of bathing comfortably in a more upright seated position, Ms B decided upon the purchase and continued her discussions with the Cabuchon customer service team, who were able to advise her on configurations, delivery times and colour choices. Ultimately, Ms B chose Cabuchon’s own ‘Superwhite’ colour, which would afford a striking contrast with the darker ceramic tiles she had chosen for the bathroom itself.

Despite the distances and time zones separating New Zealand from the UK, the whole process of ordering and arranging the shipment went without a hitch. Cabuchon has an international network of local freight agents who provide in-country assistance with issues such as customs clearance.  Many of these relationships have endured for more than 30 years, and the experience of these agents plays an important role in keeping customers well informed and in control.

Upon the bath’s arrival, Ms B had it installed beside a specially designed set of tiled steps. These follow the angle of the wall, allowing for especially easy entry and egress. Delighted with the soaking tub, Ms B wrote to Cabuchon to praise the bath’s space-saving design and the comfortable bathing experience it affords. She commented:

“Already many of our friends are amazed and envious of the Nirvana deep soaking tub taking so little space in our small en-suite bathroom. It is my happy place! Thank you once again for your prompt attention to all my enquiries and I hope you will continue to satisfy many more customers. We are thrilled. Thanks for your help.” 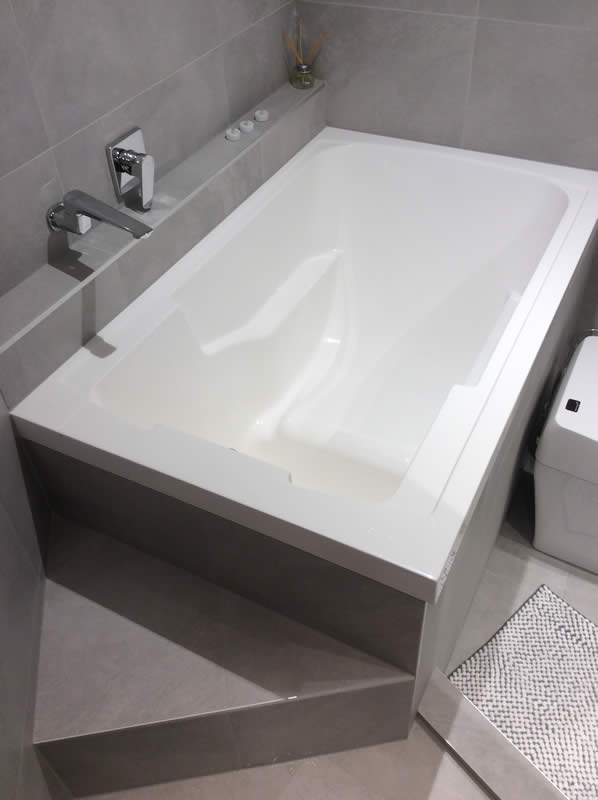