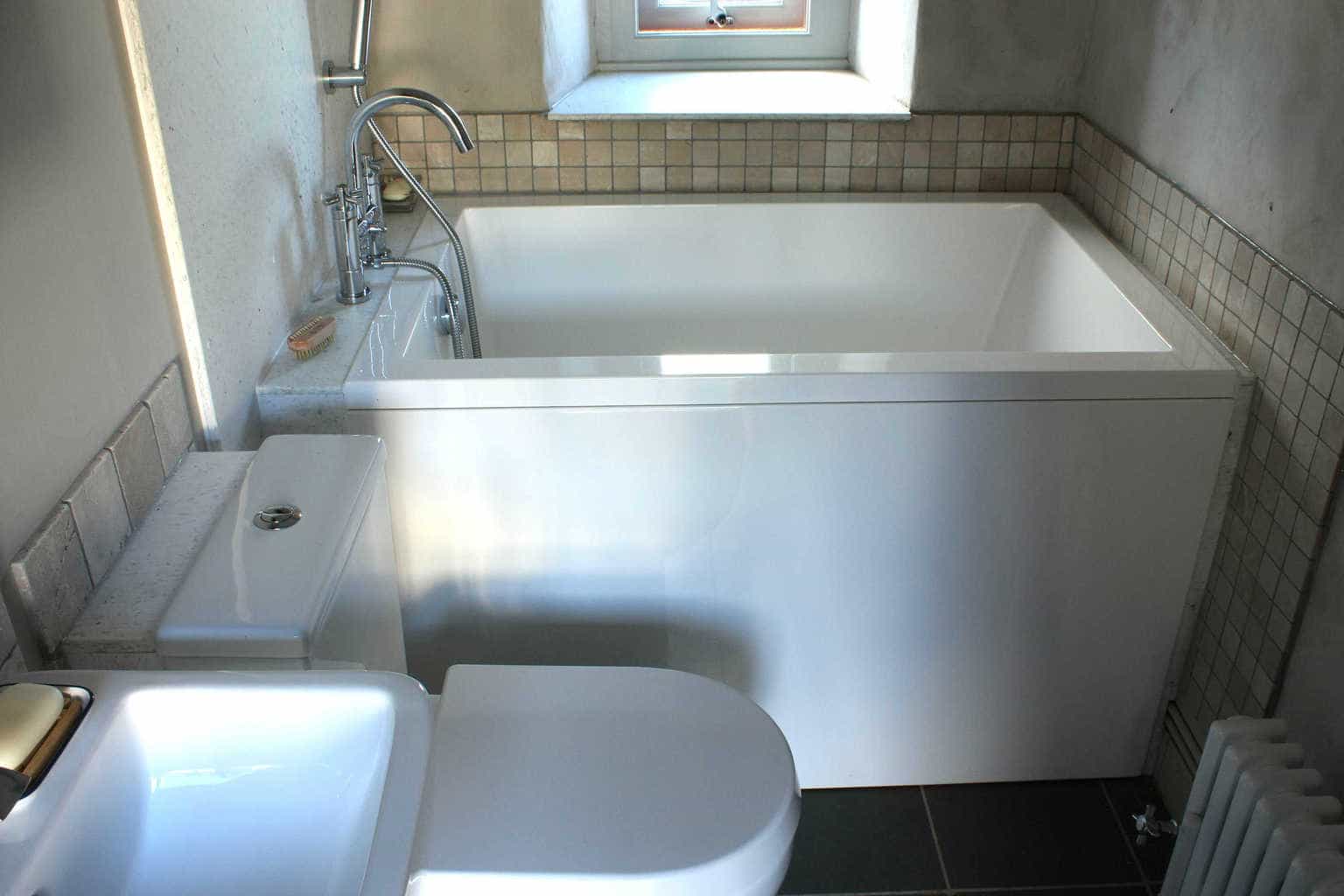 In 2016, a married couple living in Turriff in Aberdeenshire began a refurbishment project involving a former shower room in their traditional stone-built croft. The room itself was poorly lit and very narrow; wall to wall, the distance was only 1.4 metres.

Mr and Mrs P set about removing the old plasterboard and unblocking the original window opening to admit more light. They then rendered the inside walls with traditional, sympathetic materials: an insulating hemp-lime plaster and lime wash finish.

This produced an attractive new bathroom space but the next important challenge was to choose the bath itself. The choice was dictated in part by the width of the room, and when they found the Calyx 1230 deep soaking tub, Mr and Mrs P felt they had found a strong candidate. Moreover, they both warmed to the simplicity of its minimalist design and the fact that it would permit very comfortable bathing, with the deep water providing relaxing buoyancy and support.

After further investigations, they ordered the Calyx, which was supplied in a colour to match their other bathroom fixtures. As a result of their efforts, the new bathroom has been utterly transformed; a dark and unwelcoming space has been turned into a place of peace and beauty.

“The bathroom is in a very small side room with a sloping roof. It used to have a shower, no window, and was a dark, damp, and unpleasant place. We stripped the room, removed the plasterboard cladding, re-opened the blocked-in window, and set about searching for a small bath. It had to be less than 1400mm long, to fit across the width of the room under the window. We chose the Calyx because it was short, generously deep, and a beautifully simple design. I can almost float. It’s a joy to use.” 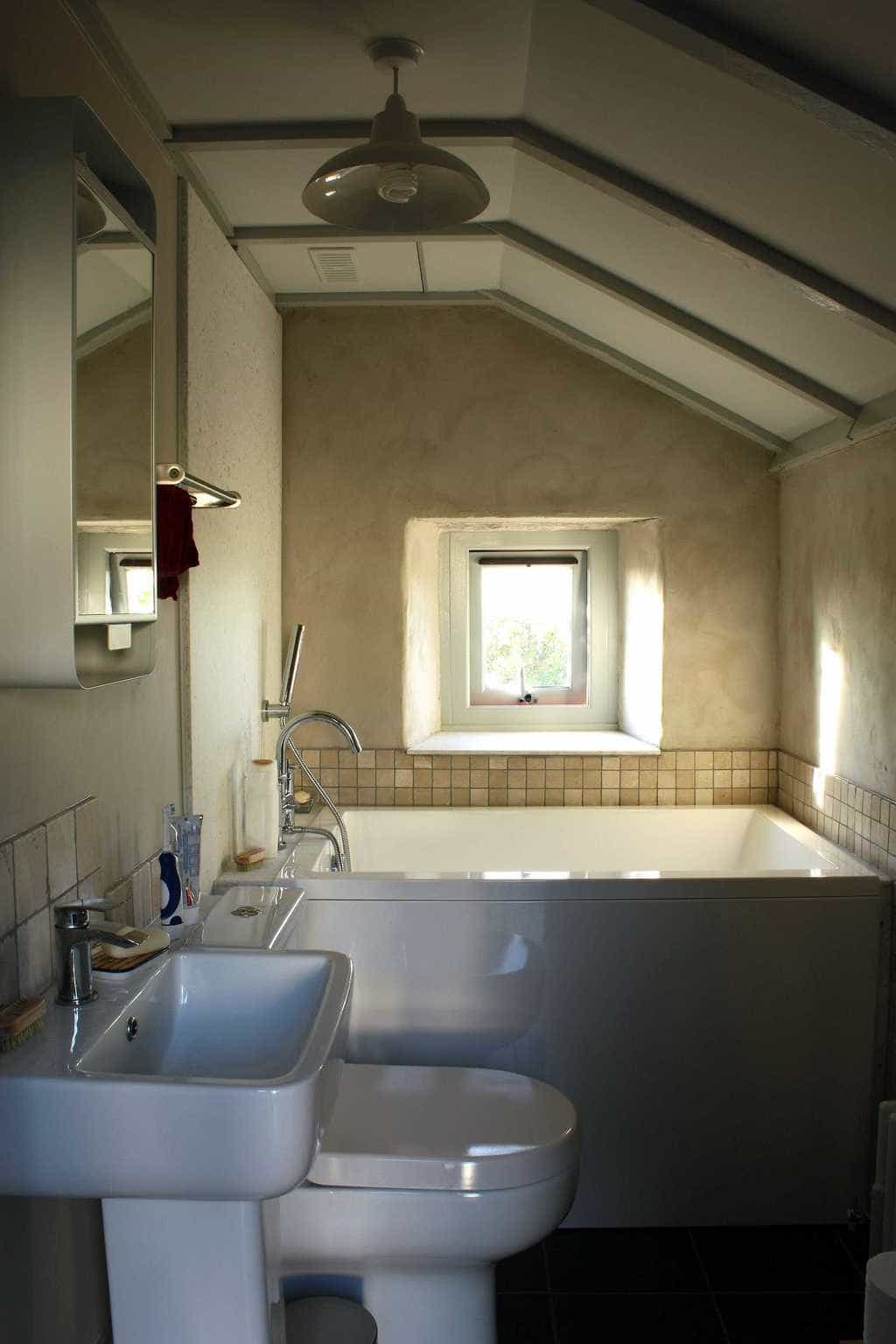